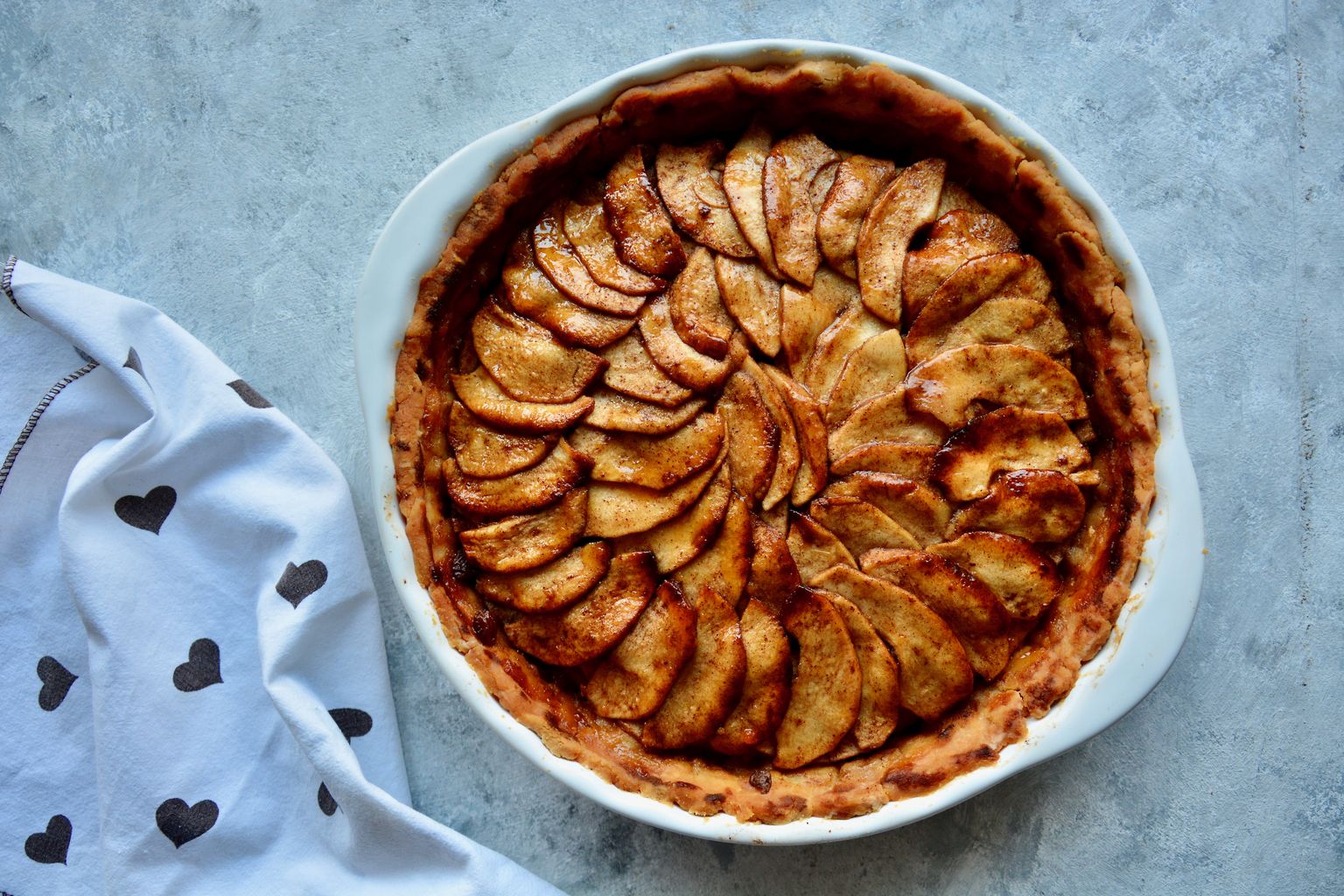 A classic apple tart is ubiquitous during autumn and winter season. Of course you can make it any time. But it’s a typical fall and winter dessert. There are lots of varieties for apple desserts, a tart, pie or cake. Same as there are different types of doughs, pastries or crusts. In this case I made a paleo apple tart. With a gluten free crust base. You might already know this crust if you have been following our posts. You can use the same base for the Paleo Spinach Quiche and Rustic Plum Galette on our blog!

The apple tart is very popular in the Netherlands, the Dutch “appeltaart” is a famous dessert. Recipes for Dutch apple pie go back to the Middle Ages. My version is a little bit different from the traditional Dutch one because I didn’t cover the top of the apple filling with a layer of crust, I left it open. I laid out the top evenly with apple slices.

Make the apple filling very thick, more like a dome, because it will flatten during the baking process.

For the crust I used almond flour and tapioca flour. I didn’t add any sugar to it, because the apple filling will be sweet enough.  I mixed apple slices with coconut sugar and cinnamon. Oh, I almost forgot, I also added raisins which are also sweet! The raisins were soaked in rum, for a little extra kick. You can soak them in water too, if you don’t want to use alcohol. The fastest way is to put the bowl with rum and raisins in the microwave for 1 minute. If you don’t use microwave, you need more time for soaking, at least 20 minutes.

Apple pie can be made with many different sorts of apples. Elstar is one of my favorite apple varieties. The Elstar apple is an apple cultivar that was first developed in the Netherlands in Elst in the 1950s. But this does not mean that it is only available in the Netherlands. It quickly became popular, especially in Europe and was first introduced to America in 1972. Its flesh is white, and has a soft, crispy texture. It is often used in desserts because of its sweet flavor.

You can use Braeburn, Gala, Cortland, Bramley, Empire, Northern Spy, Granny Smith or McIntosh instead of Elstar, if they are more readily available. 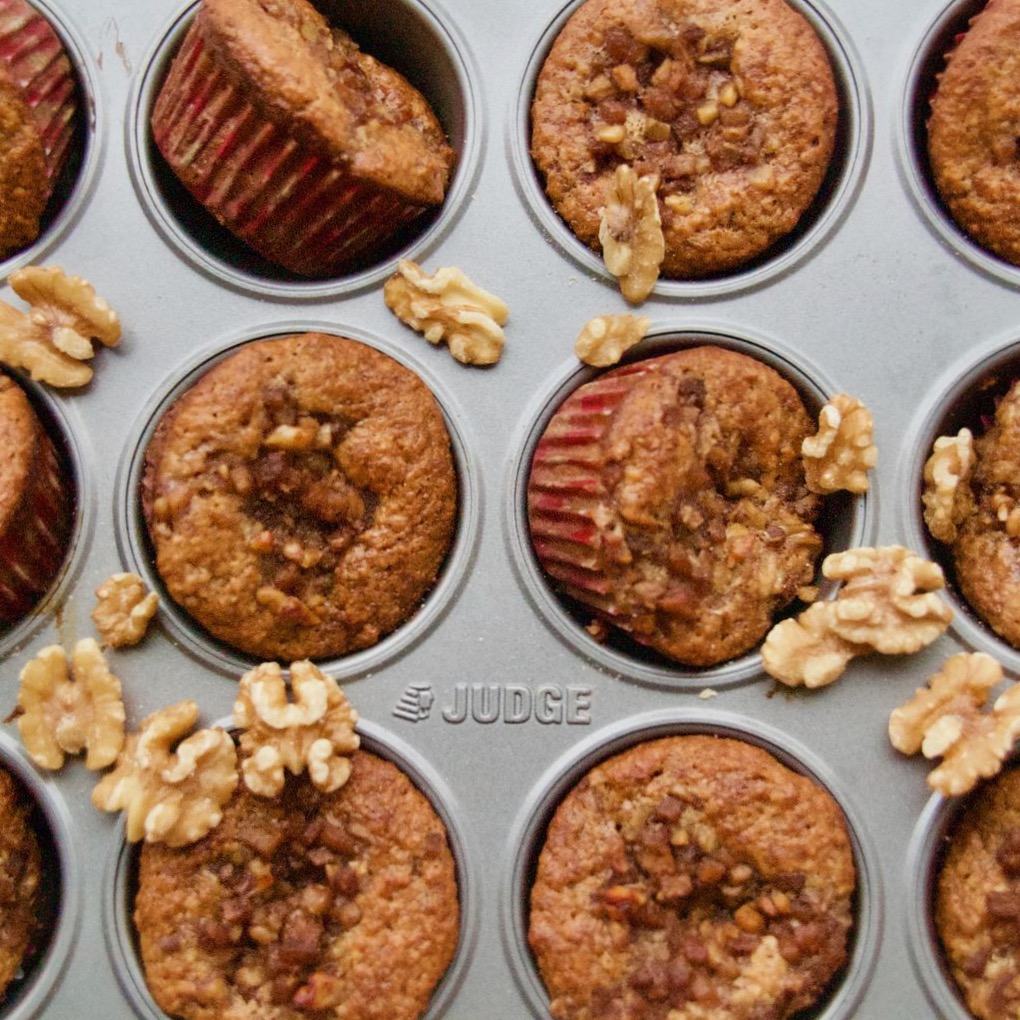 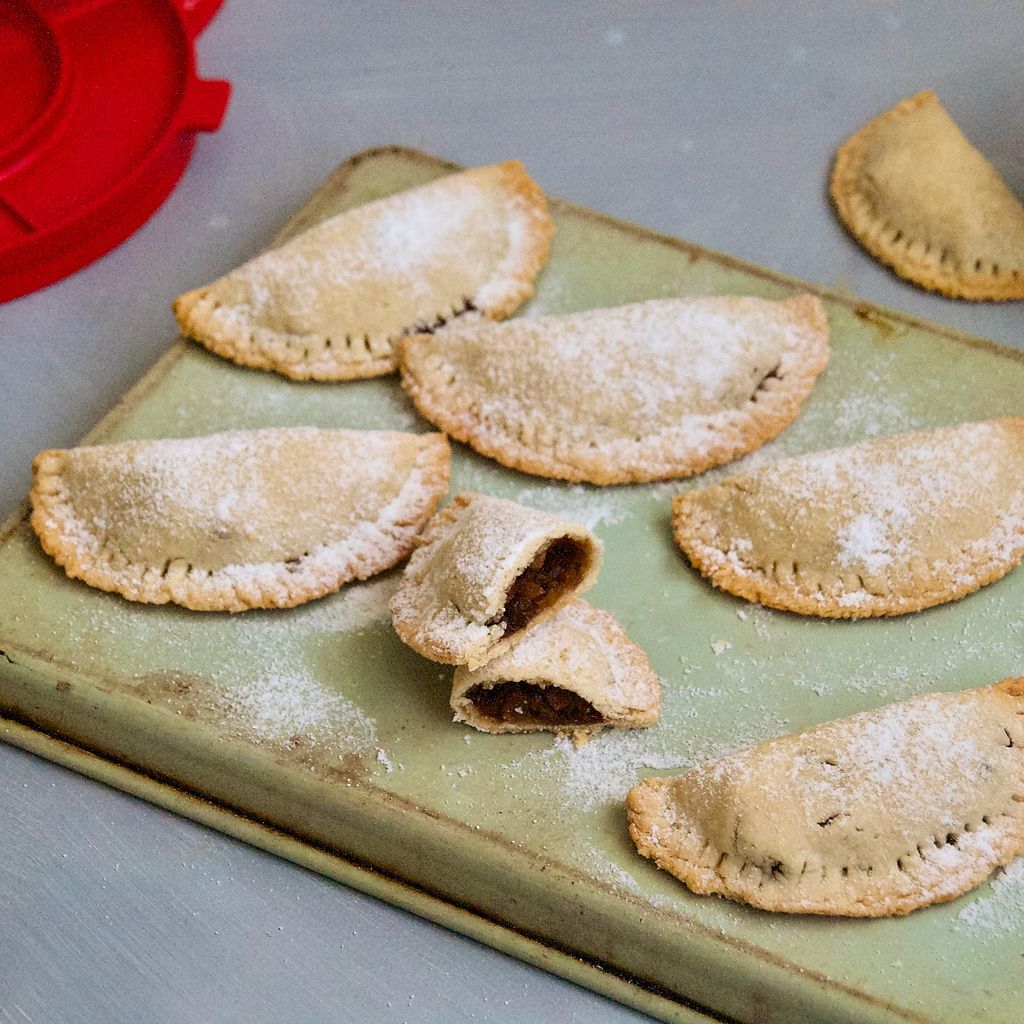 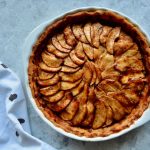