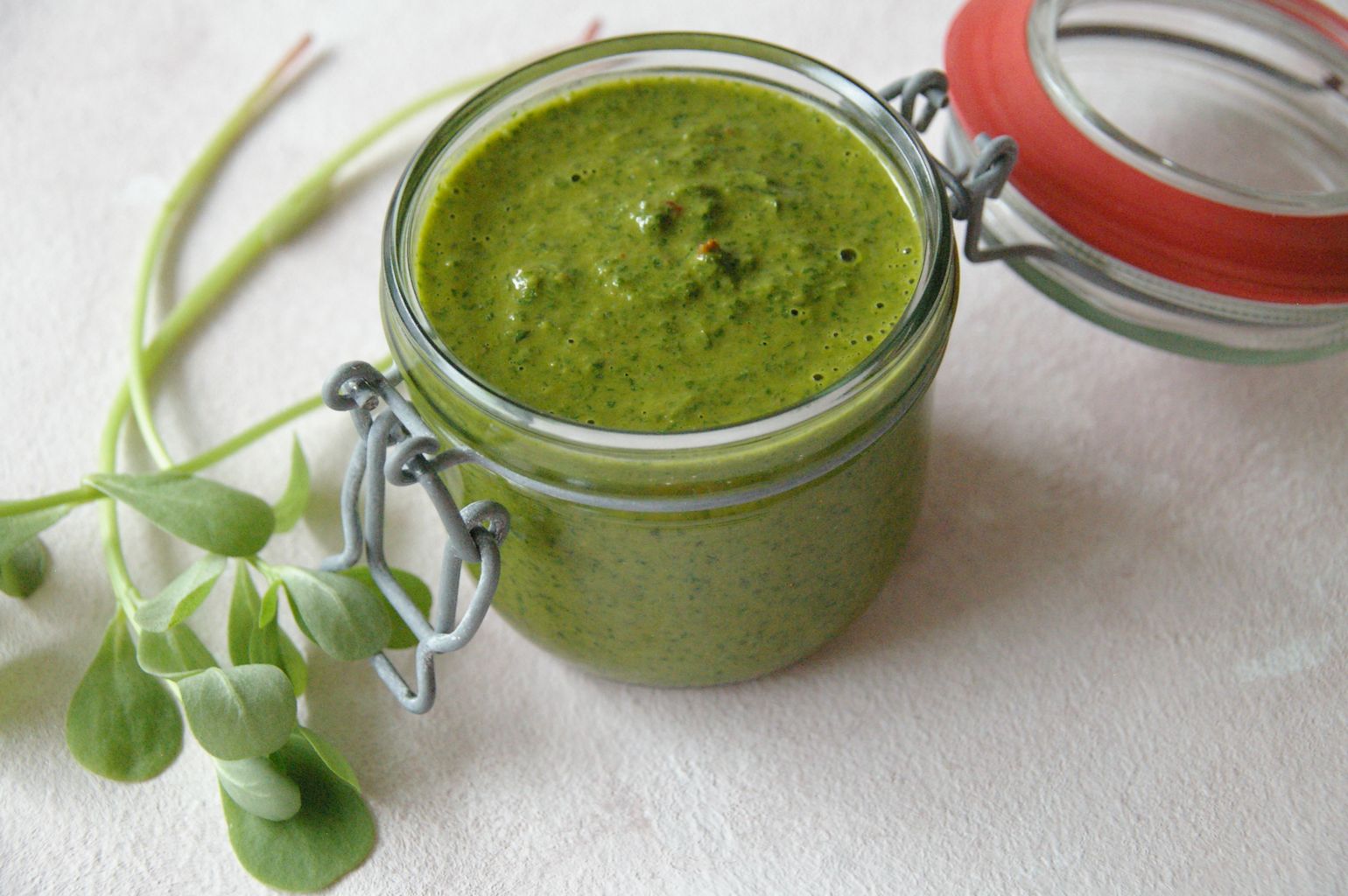 I mentioned a few posts back that I love discovering and trying out new vegetables. With our monthly vegetables list from the newsletter I’ve been pushing myself and bumped into purslane at the market last month. I immediately bought some to try and see what I could do with it. Of course, as soon as I got home I washed some leaves to try, and it’s quite salty and sour and immediately I started thinking what I could use it for.

I tried everything, I had it in salads with just a little citrus vinaigrette over it, or added it to my green smoothie, but ultimately, I liked the idea of using it in a sauce as it already is quite flavorful in the salt and sour department. That’s how I settled on a chimichurri because it already has a lot of flavor and I barely had to add any salt.

Purslane is considered a weed and can be bought at most Dutch markets from May till about September, but is relatively unknown. It’s actually a succulent that can survive pretty harsh conditions. In dry and warm places, the leaves and stem get quite thick in order to retain water. However, in the Netherlands it doesn’t get the opportunity to do that and is thinner than wild grown purslane. Since the purslane is thinner here in the Netherlands it’s actually quite delicate, so be careful when washing and handling it. It can be eaten raw or cooked.

Purslane has a history of being used as alternative medicine, because it contains a lot of nutrients like, vitamin A, vitamin C, magnesium, manganese, potassium, iron and calcium. It’s also higher in omega-3 fatty acids when compared to other greens and is loaded with antioxidants and minerals. Not so bad for a little weed. 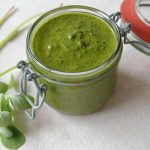