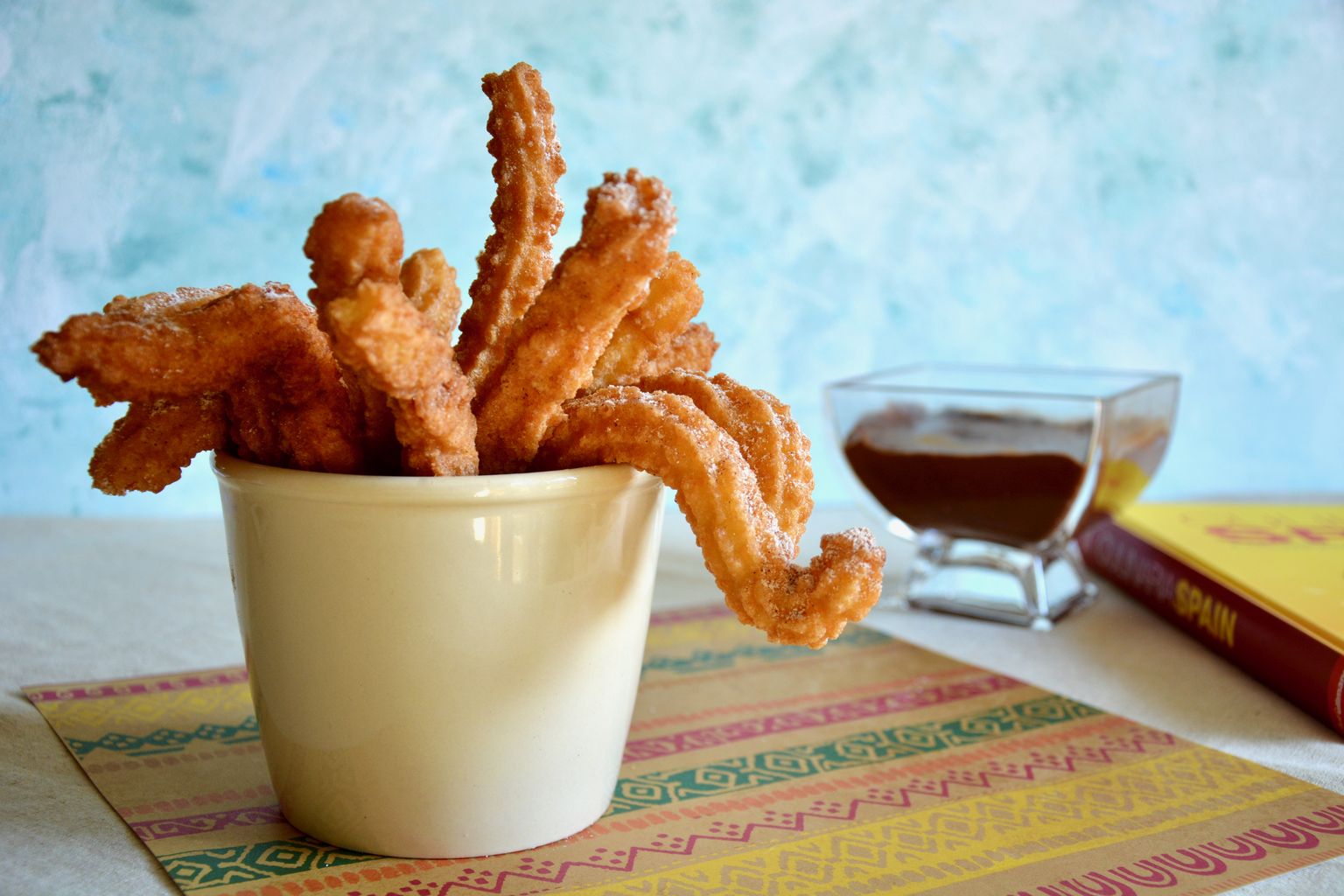 I finish our Mexican week with churros. Churros is a choux pastry-based sweet, which originated in Spain or Portugal, and is very popular around the world as street food. In Spain it passes as breakfast as people have it in the morning with their coffee. Colonizers introduced churros to Spanish and Portuguese speaking countries in the 16th century and the rest is history.

There are a lot of variations in different countries. Churros are usually fried in the shape of a spiral and cut into portions afterwards in Sevilla, but in the other part of Andalusia the dough is much thinner, and they never sprinkle them with sugar. Fruit filled churros are very popular in Cuba, while in Mexico and South America they lean towards chocolate and vanilla filled and in Uruguay they even have a savory version, filled with melted cheese. I have never tried this savory version, but it sounds interesting. But we do not have to travel so far, I ate churros lot of times in different European cities, they are so popular in Christmas markets, I never miss them. And now you can make it at home as well, no need to wait for that Christmas market.

I made my version from gluten and lactose free choux pastry recipe. Most delicious to eat while it is warm, because later it will be softer, it is not crunchy enough, but still very nice taste. It is not necessary to roll your churros into sugar if you eat it with chocolate sauce. I think it is sweet enough. Maybe I broke the tradition with this recommendation, but it’s completely up to you. 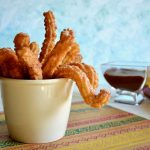