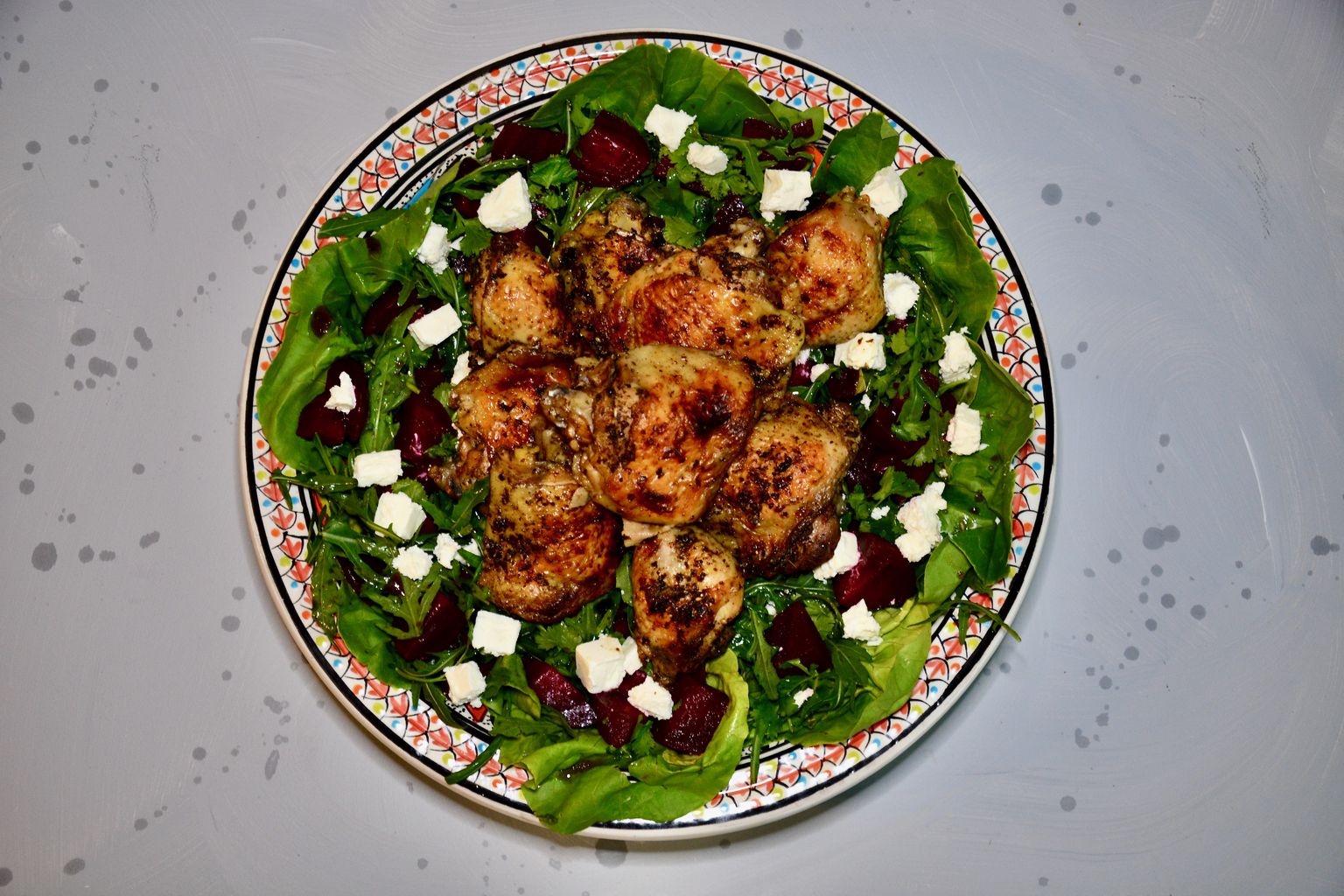 Today I bring you a fresh, healthy dish, rich in vitamins and protein. The first part that makes this dish amazing is that it is topped with lactose free feta, for all lactose intolerant cheese lovers. Also it’s excellent as a main dish. Lastly it brings together butterhead lettuce and beetroot which are in season now. Eating seasonal is very important for your health. We don’t just talk about it, we use seasonal fruits and veggies as often as possible. Of course, this can be a bit more challenging during wintertime, but now, in summer we still have a lot of options.

Beetroots are harvested from July until October.  Beetroots have been around for quite some time. Ancient Greeks used to cultivate beetroot, but they only ate the leaves. Beetroot like we know it now only came about in the sixteenth century and gained widespread popularity in Europe a couple of hundred years later.

Today beetroot is common throughout much of Europe. It is a rich source of Vitamin C, Vitamin B6, loaded with minerals like folate, magnesium, potassium, manganese, phosphorus, iron. It has a very important property, which is supported by several studies. Because of its high concentration of nitrates beetroot can significantly lower blood pressure by up to 4–10 mmHg over a period of only a few hours. Beetroot is not a boring vegetable, try our Pea and Beetroot Soup or Paleo Beetroot Chocolate Brownie and Veggie Tricolore Stir-Fry, they are also healthy and very delicious.

I cooked the marinated chicken thighs in Instant Pot for 20 minutes then put them into the oven for 5-6 minutes on the grill function, until they are golden brown and crispy. It’s also possible to grill them on the BBQ, it’s mouthwatering either way, I promise.

All About the Spice Mix

I used za’atar and sumac in the marinade, both of them are Middle Eastern spices. Za’atar is an Arabic spice mix, it has been used in Arabic cuisine from medieval times to the present. You can buy it in any Arabic, Persian or Turkish shops. But you can also make your own homemade za’atar. It’s easy, just follow Kyara’s za’atar recipe, and the result will be great.

Sumac is a dried berry, used throughout the Middle East , often as a stand-in for lemon juice. Sumac’s lemon flavor marries well with chicken, beef, and even fruit.  I added lemon juice to the marinade to have an even stronger lemon flavor.

Simply follow the instructions of this recipe, and you will not be disappointed with this delicious and healthy dish. 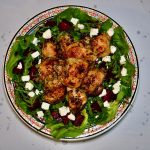