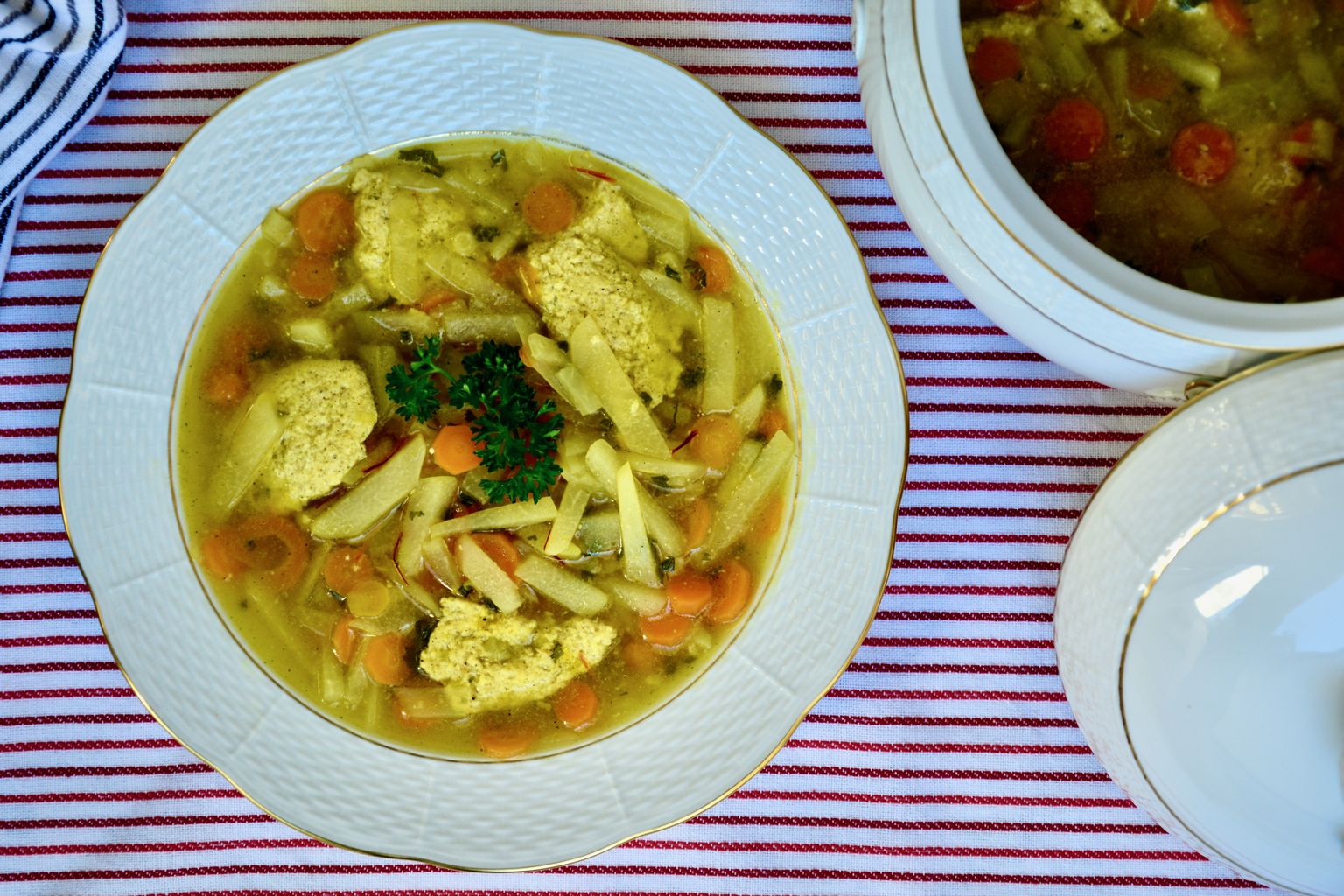 If you have subscribed to our newsletter you know our monthly veggie and fruit challenge. As I was reviewing the veggies for August I was thinking what I could make from kohlrabi and then I remembered one of my mom’s favorite soups. My mother loves soups very much, she cooks soup for herself every day. A lot of Hungarians in different Facebook cooking groups told me that they don’t have a day without soup either. To be honest, I don’t make it every day, which is incomprehensible to my mom.

With the right timing, gardeners can get two crops of kohlrabi per season. Kohlrabi is one of the first vegetables in spring and late-season kohlrabi will be ready to harvest in the autumn and early winter. I made stuffed kohlrabi in March from the first harvesting of the year. It can be stored in a cool basement for long periods of time. Kohlrabi can be eaten both raw and cooked and is full of fiber, potassium and vitamin C.

I thought I give a little extra taste to my soup by adding a pinch of saffron in it and I was not wrong. The vivid crimson stigma of crocus sativus and styles, called threads, are collected and dried for use mainly as a seasoning and coloring agent in food. I used Persian saffron, which has a special, strong aroma and is said to be the best in the world. Did you know it has been used as a natural remedy for over 90 illnesses for the last four thousand year? Quality of the saffron is measurable, the three most important factors are Safranal, Crocin, and Picocrocin. Safranal determines the strength of the aroma, Crocin the coloring strength and Picocrocin the flavor strength.

I also used ground nutmeg, I like its taste very much. This spice has a distinctive pungent fragrance and a warm slightly sweet taste. Its history is very interesting, the earliest evidence of nutmeg usage comes from the Banda Islands in eastern Indonesia 3500 years ago. These islands were the only source of nutmeg production until the mid-19th century.Nowadays, it is available in every store, consumed all over the world.

I make almond dumpling very often in my soups. These dumplings are soft, and add tasty content to them.

Do not forget to subscribe to our newsletter, to follow and join to our monthly vegetable and fruit challenge, where we try to use all seasonal veggies and fruits in every month. Can you defeat us? 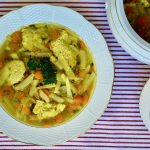