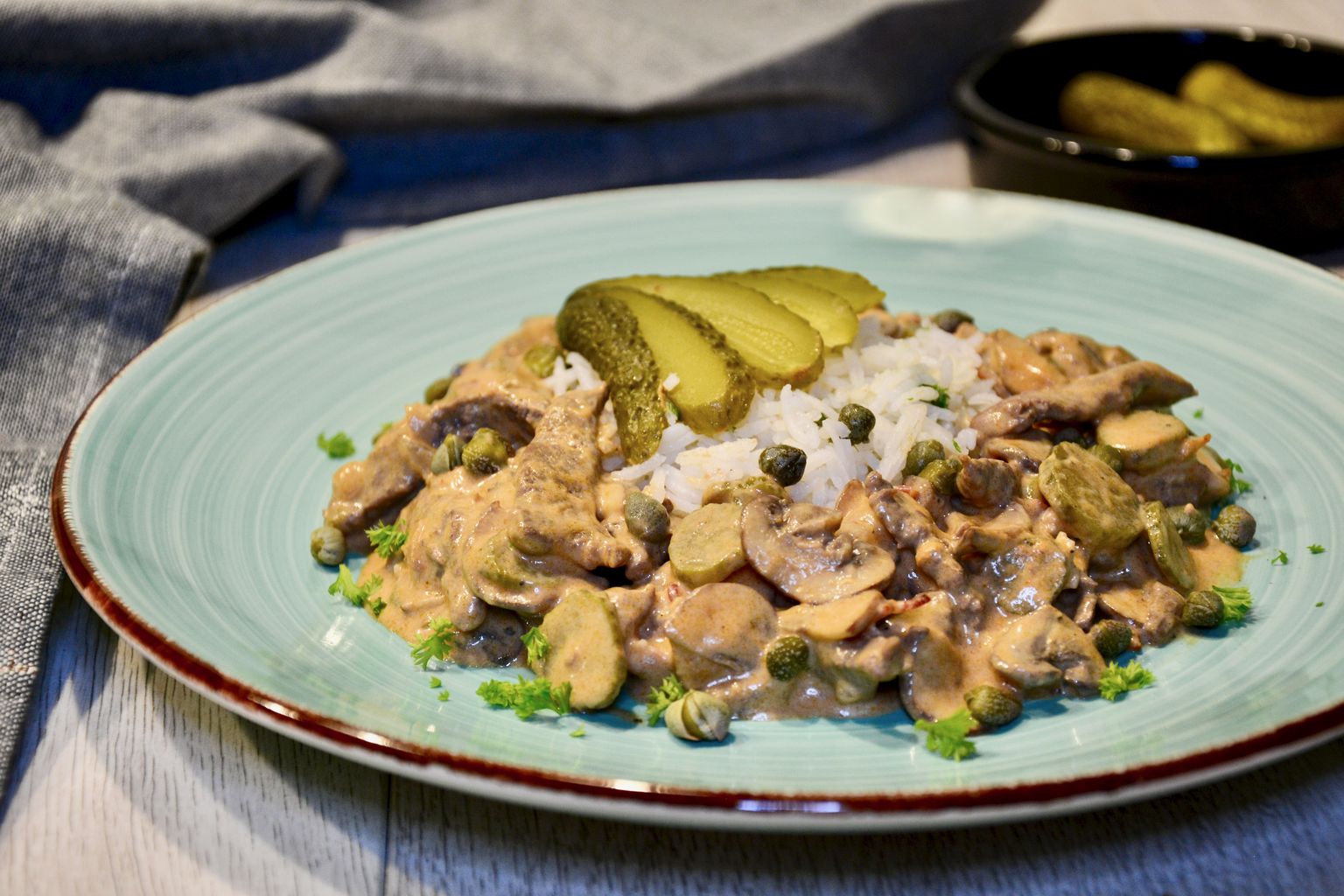 In 1891, a French chef named Charles Briere was working in Russia for the Romanov family. He entered a cooking competition in Saint Petersburg (Russia) with this steak dish. He called it Beef Stroganoff, after his Russian employer’s family name. And he won that competition, which led to the belief that he invented this dish. This is one of the many versions of how this dish came about. But both the dish and name were already recorded in 1871 before the competition. We can only assume that Briere perfected the dish and made it more widely known by winning.

Beef Stroganoff –  Best of Both Worlds

Beef Stroganoff combines the French and Russian culinary culture. Browning the meat and making a pan sauce with mustard flavoring is classically French. And finishing the beef in cream or sour cream is very popular in Russian cuisine. This meal is quick to prepare and cook.  And it has another advantage, the leftover can be stored in the fridge for 3 to 4 days. But you have to be very careful during reheating not to overcook the beef.

Pay attention during the cooking process, because overcooking will lead to very hard steak.

I used sirloin steak, because it’s tender and tasty with a fine texture. Ribeye and rump steak would also work well. Rump steak is also a tender cut, that comes from the hip of the animal. Ribeye is a bit fattier, this steak has more marble than the other two. Of course, it matters which steak you choose, not only for the cut but also looking at the price differences. Steak behaves very different than other meats. If it’s hard, don’t cook it longer because that means it’s already overcooked. The other good advice is to remove it from the fridge at least 1 hour before use. The steak must be at room temperature. 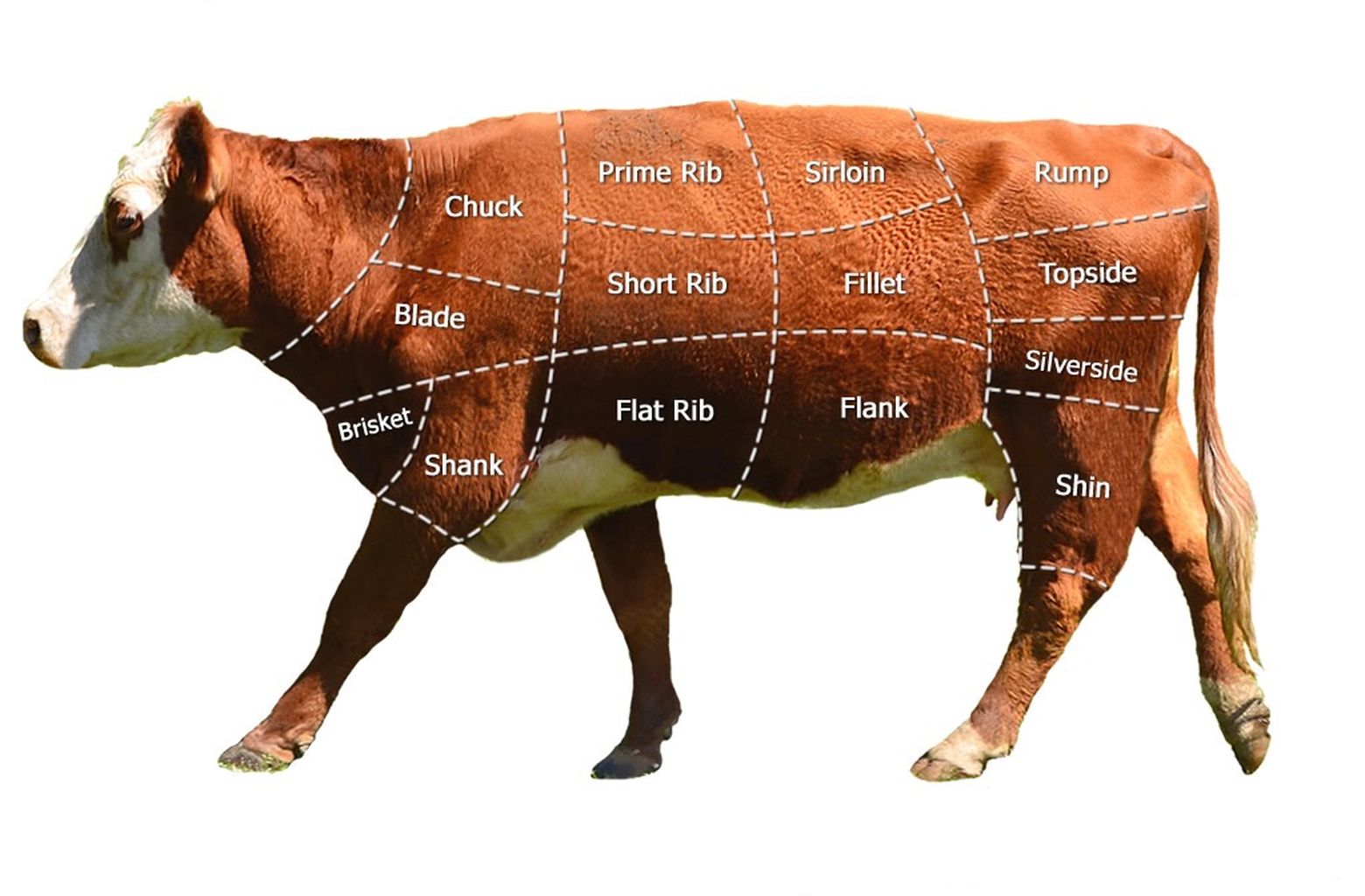 My Paleo Version of Beef Stroganoff

The traditional recipe of the Beef Stroganoff contains wheat flour and cream or sour cream. I use tapioca flour instead of wheat flour to thicken the sauce. Tapioca flour doesn’t have any flavor and it is gluten free. Almond cream is the other great substitute what I use instead of cow milk. Its taste is neutral, well used in sauces. Make cauliflower rice or broccoli rice for side dish if you don’t eat rice. Rice is a cereal grain and therefore not part of the paleo diet. 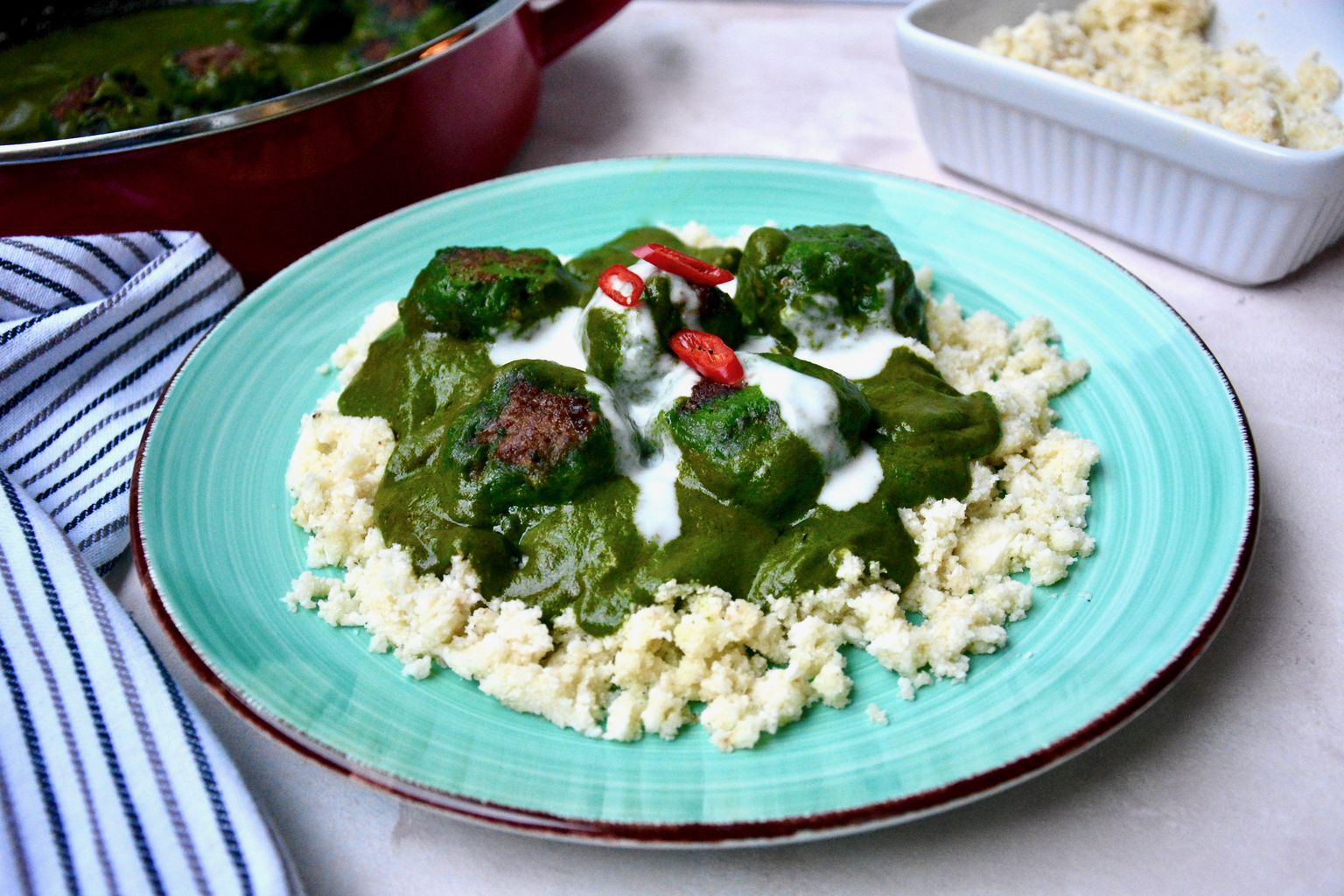 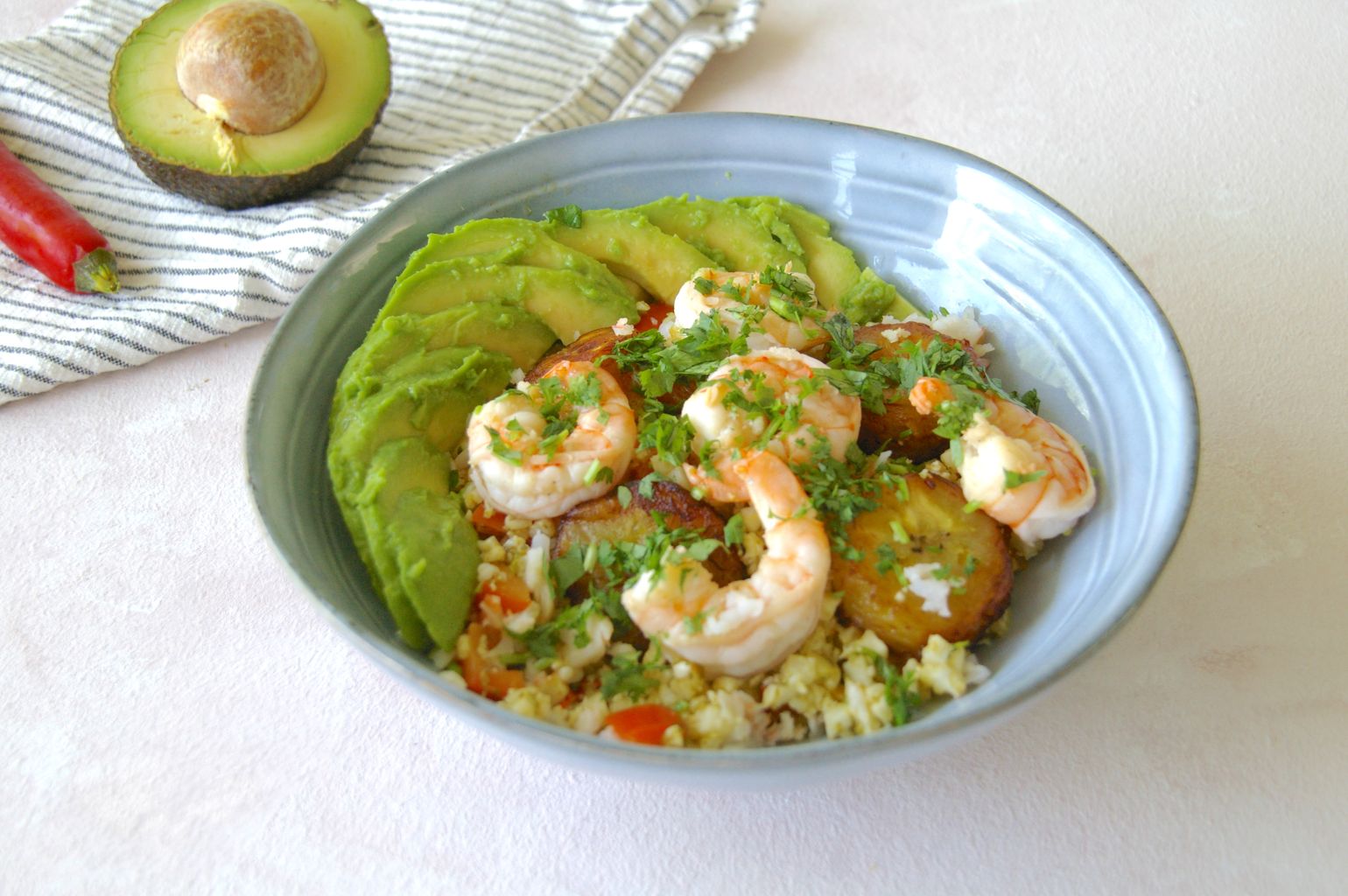 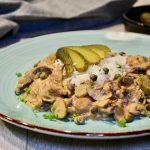