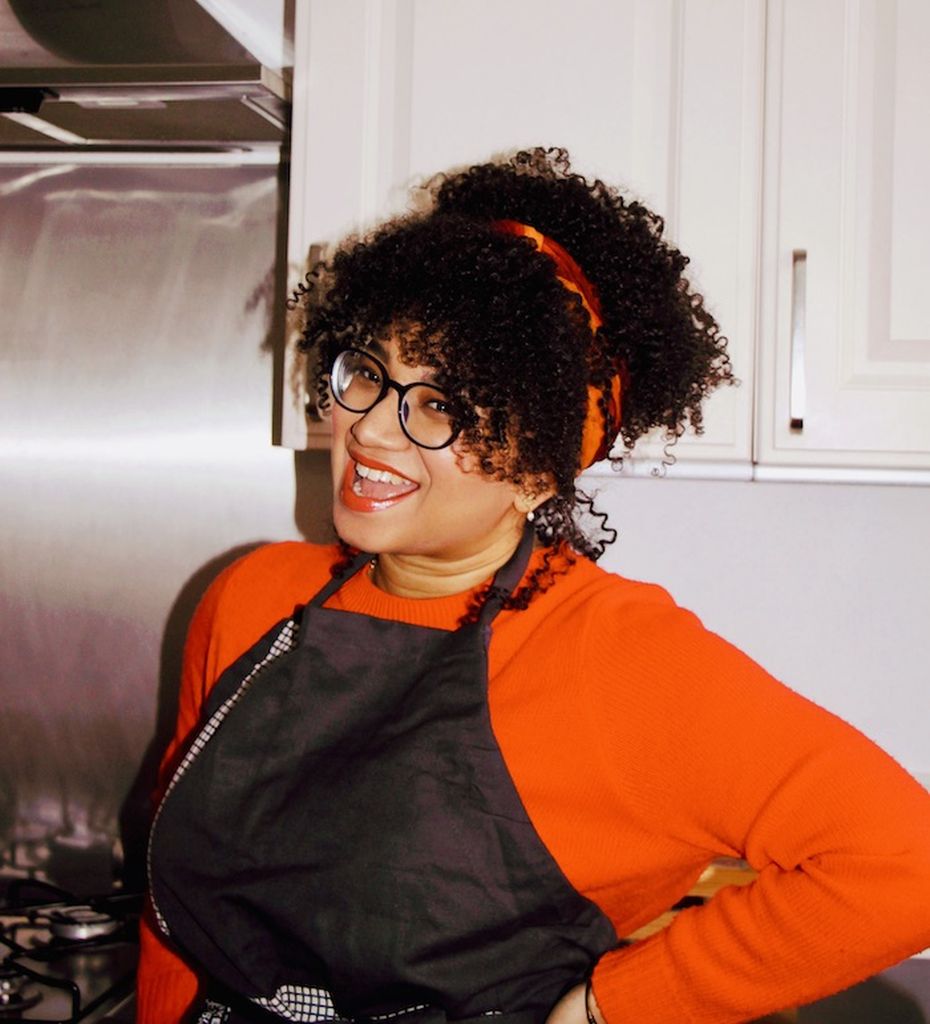 I’m a proud island girl from Curaçao and moved to the Netherlands after high school to continue my education and I looooooove all things food.

I have my parents and grandfather to thank for my love of food and cooking. My mom as a single mom is the master of whipping up meals in no time and it being delicious. She imbued me with the practicality of cooking a delicious meal under 20 minutes. I would stay with my dad every other weekend and he had this one dish that he would make on Sundays, kabritu stoba (goat stew), he took so much pride in the entire cooking process and boasted every time he opened the pot to stir, that this would be the best goat stew I’ve ever had. This instilled me with pride every time I step into the kitchen to make something better than before. Finally, my grandpa, I used to stay at my grandparents’ place after school together with some of my cousins. He had this ability to make something out of nothing. He would just open the fridge and whatever he found he would mix together and create unimaginable dishes. If it wasn’t for him I wouldn’t be as experimental in the kitchen as I am today, he was just fearless.

I taught myself to cook by paying attention to the people around me and by watching a lot of Food Network. Recreating dishes from tv can be quite difficult as you sometimes have no idea what they’re supposed to taste like but this only worked to my advantage as I trained my taste buds and continued practicing.

Around 2012 I started dabbling in Paleo, I wasn’t fully committed yet and would collect and try out new recipes. One of my first experiments was with coconut flour. I just discovered coconut flour and heard people use it as a substitute. Not knowing anything I tried baking with it, which I don’t even need to tell you was a full-on disaster if you substitute all flour with coconut flour.

In 2014 I started getting more into paleo and committed to the lifestyle. At this time, I had finished my studies and moved back to Curaçao, so I started cooking paleo together with my mom. One of the first things I noticed after the first month was that I no longer got migraine attacks and my menstrual pain got more manageable. For my mom who is a diabetic, the change was also noticeable, as she could gradually lower her dosage of insulin (in consultation with her doctor) and she had more energy.

Seeing the effect on myself and the people around me made me realize the power good food can have on your overall well-being. That’s why I want to share with as many people as possible the joy of cooking and eating healthy yummy food.