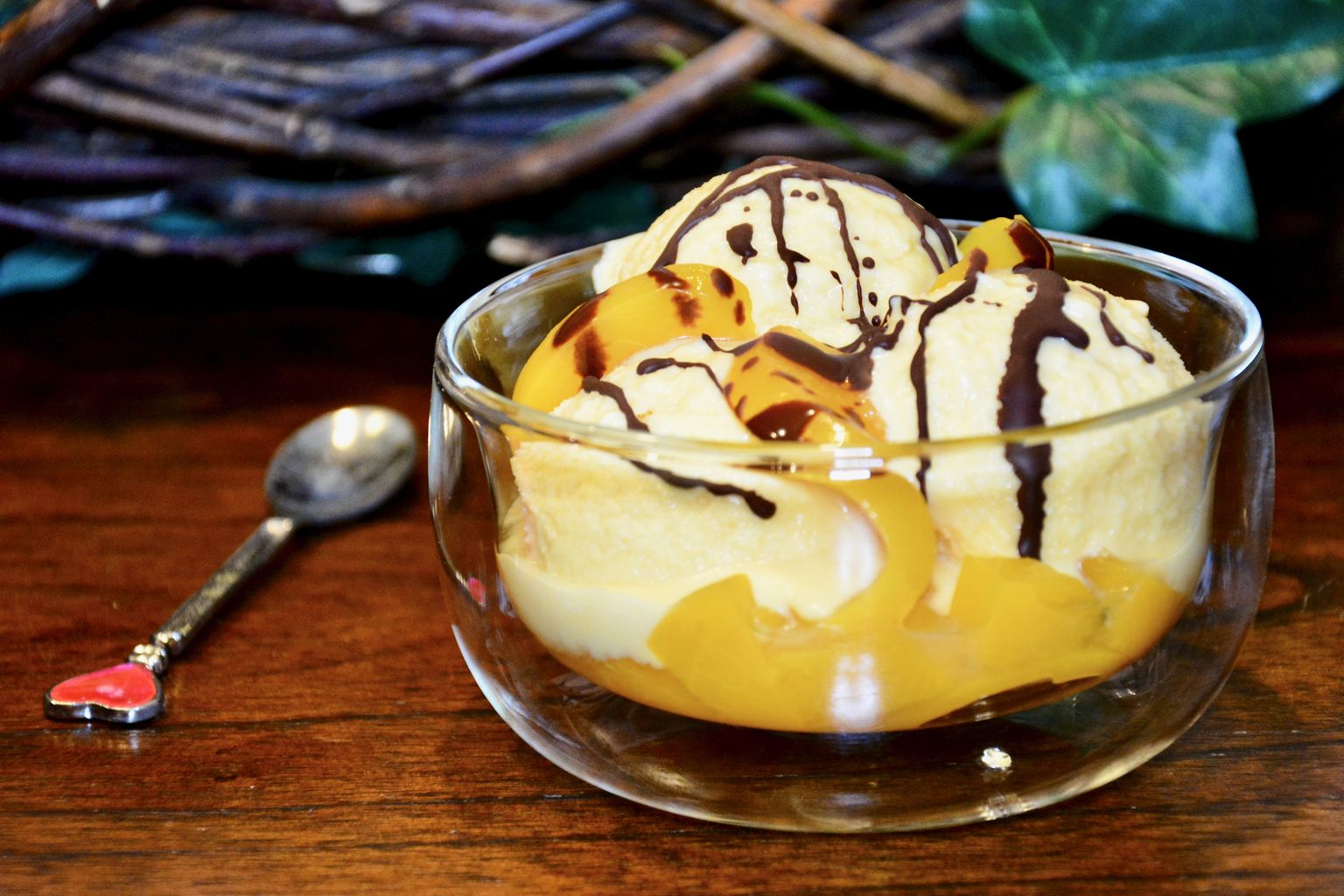 It is not summer without ice cream! Everybody loves ice cream in my family, but my mom and my hubby are the biggest fan of it. When we changed to paleo what is dairy free diet, I had to figure out how could I substitute milk and whipped cream, and also what I could use instead of all that sugar. In paleo we do not use rice, soy or oat milk what are the most common substitution, but after some trial and error I found the best solution. Almond cream, coconut cream and coconut yogurt gave the most delicious results. The taste of almonds is more neutral, but the taste of coconut milk and yoghurt did not suppress the main ingredients taste. And I use honey instead of sugar.

I made peach ice cream, because it is in season now. Also, peach is one of my favorites, and I like the variety that has a strong yellow color inside and when it is nice ripe and juicy. I know it’s a bit strange, but I peel them every time before I eat them because I do not like its hairy skin.

Do you know how difficult it is to take pictures of ice cream?! I had to do it very fast otherwise it would have been a sauce. I tried my best. Commercial ice creams contain artificial ingredients and stabilizers to improve the texture and body of the product and to keep it from melting during transport but mine does not contain them of course. I used egg yolk as a basic ingredient like in Italian ice cream, gelato. Egg yolk makes a creamier texture, also improves the stability of ice cream, reducing its tendency to melt.

During storage, ice cream has a tendency to absorb other food odors and to form ice crystals and for that reason, store in a very well-sealed box and best not to freeze it for long periods of time.

The origin of this frozen dessert is unknown, but there are plenty of legends about it from ancient China over Mongolian empire to Greece and France. The only thing for sure is the first recipe in French for flavored ice appears in 1674. Ice cream was not a mass-product that time like now when you can buy it anywhere for cheap. Different countries and cultures developed their own versions of it, suiting the product to local tastes and preferences. 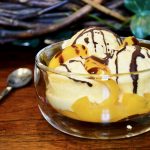